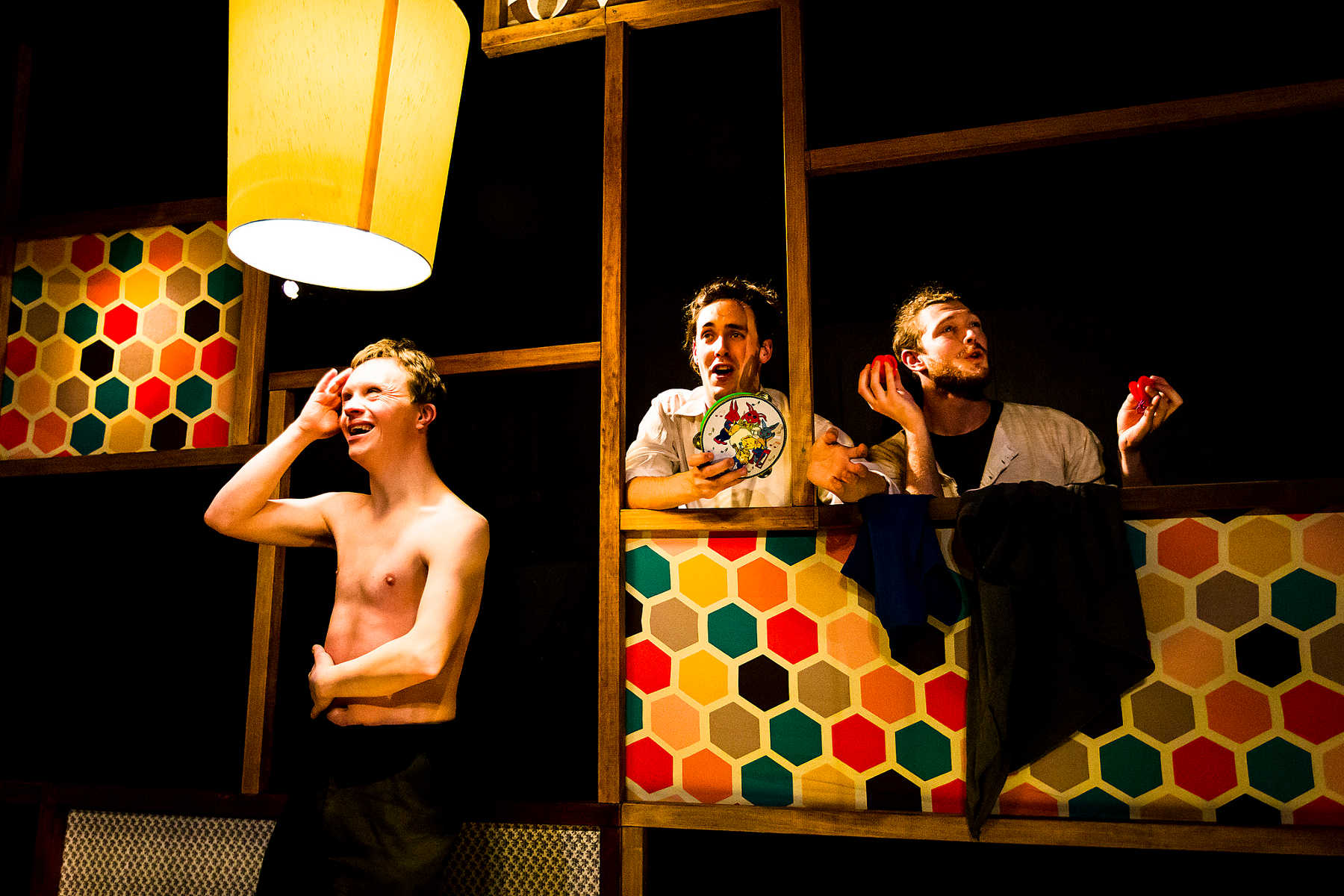 Full of quirky humour, the main players of Armstrong and Dombroski have a natural talent for comedy… The simple but affecting story is not all humour though, as Armstrong’s portrayal of being rejected by his love interest creates a real moment of pathos that is very moving and gives the production depth and a sense of reality

Pre-marital disputes between Wendy Martin (Nick Smith) and David Stanley (Duncan Armstrong) regarding if a notable New Zealand musician, Jason Kerrison, should play at their wedding, is soon overshadowed as the whole towns mail begins to disappear.

No Post on Sunday is a physical, confronting and charming work under the guidance of director Isobel MacKinnon.

Everybody Cool Lives Here are excited to take this next step in empowering this dynamic group of young people to express themselves on stage as emerging theatre makers.

The cast soars through the performance with constant laughter from the audience as they weave in and out of light and darkness, nailing life lessons that resonate with the audience as well as creating great moments of empathy…No Post on Sunday is one of the funniest and most enjoyable shows that I have seen this year.

No Post on Sunday stands proudly on its own as a highly entertaining and often poignant tale about community and communication: a fine example of Kiwi commedia.

Following the success of Wake Up Tomorrow (2015 Best in NZ Fringe), Everybody Cool Lives Here went back to the community we were working with and asked if they wanted to develop another larger community production or take the next step to build a more narrative driven show with less people but the opportunity to get paid. The answer, get paid…

We did an audition call out, and workshopped a team together to take the next step. Within a month of the workshop however we shockingly lost, one of our standouts, Caitlin Pamplone. It was devastating for our whole team, with the even harder realisation that losing a friend was almost becoming an annual thing for our community. Fortunately we bounced back, but it pushed us toward a male-centric acting team, with women leading direction, design, and stage management. 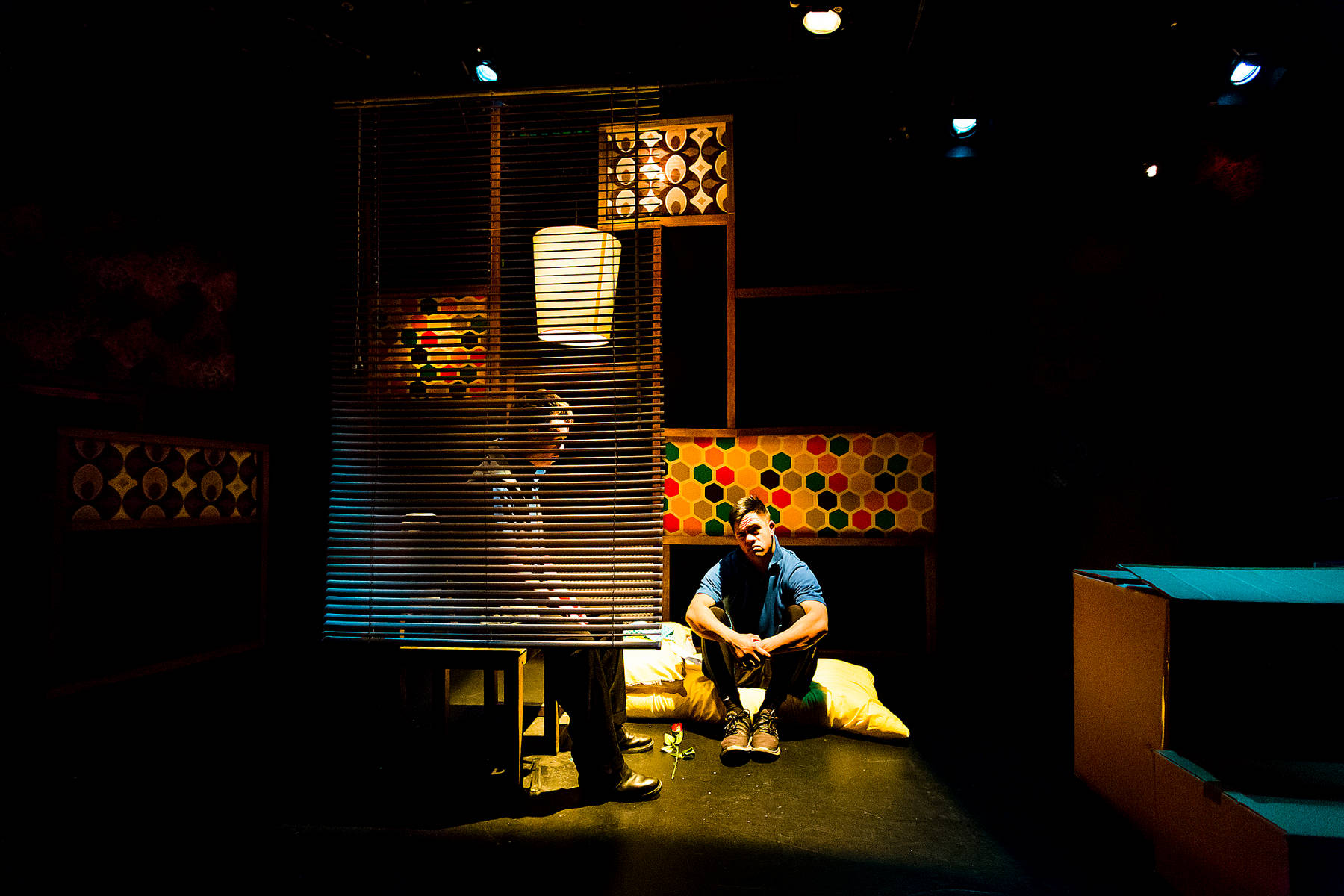 Nick Smith (2015 Best Performer in NZ Fringe) quickly set about framing the world, proposing we called the show No Post on Sunday, in reference to Harry Potter, but also his love for NZ Post, a kiwi staple that was quickly beginning to diminish. Nick also advocated for setting the play in small town New Zealand, or more specifically Smithville, a model town he had built but had been recently discarded. 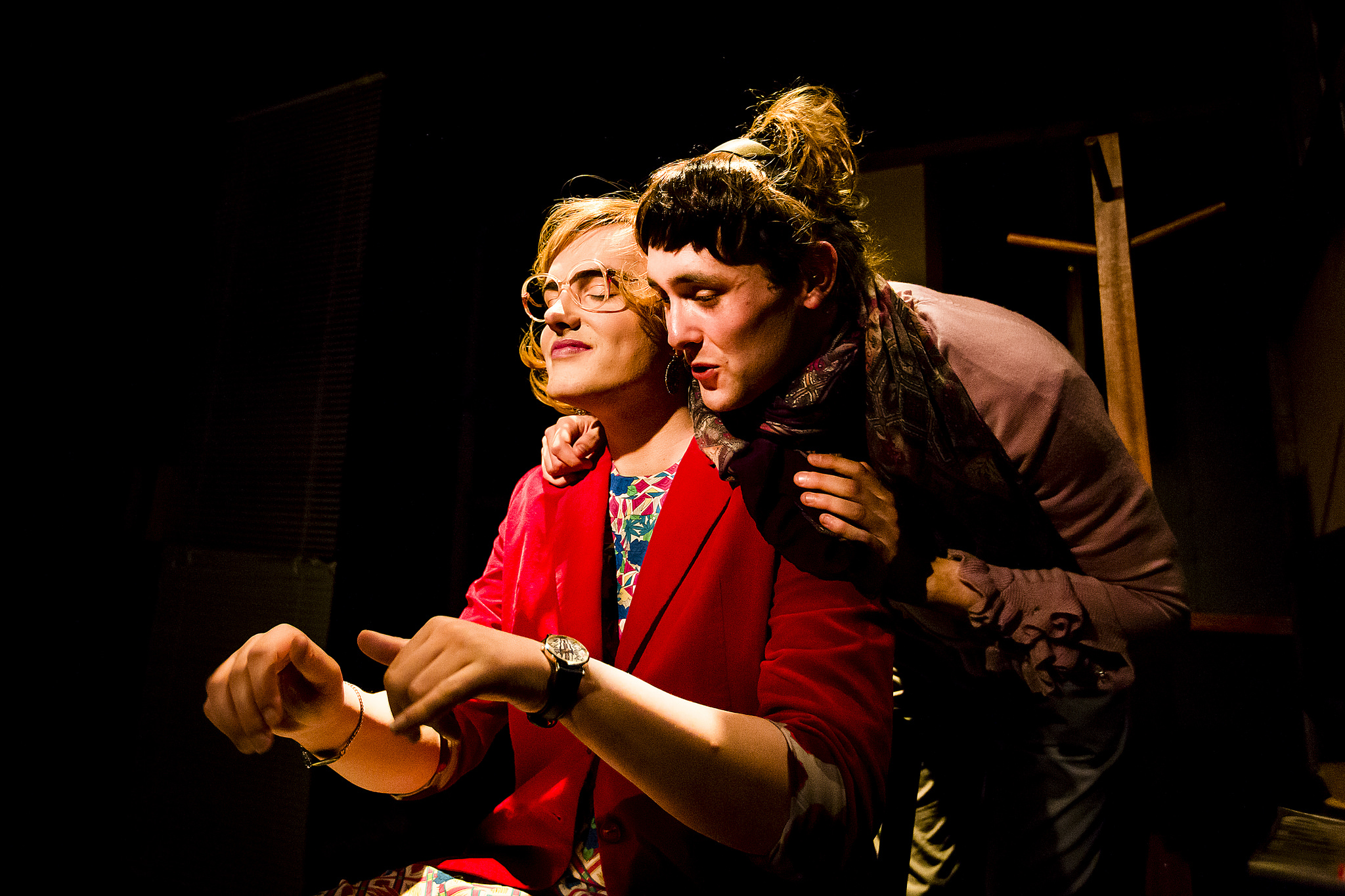 What we didn’t plan from at the start was Nick’s love for the Olympic Games, and how trying to putting our rehearsals at the same time, was going to mean he wanted to be in the green room more than the rehearsal room. The rest of the team quickly came together Duncan Armstrong, Jacob Dombroski were joined by emerging performers Andrew Gunn and Barnaby Olsen.