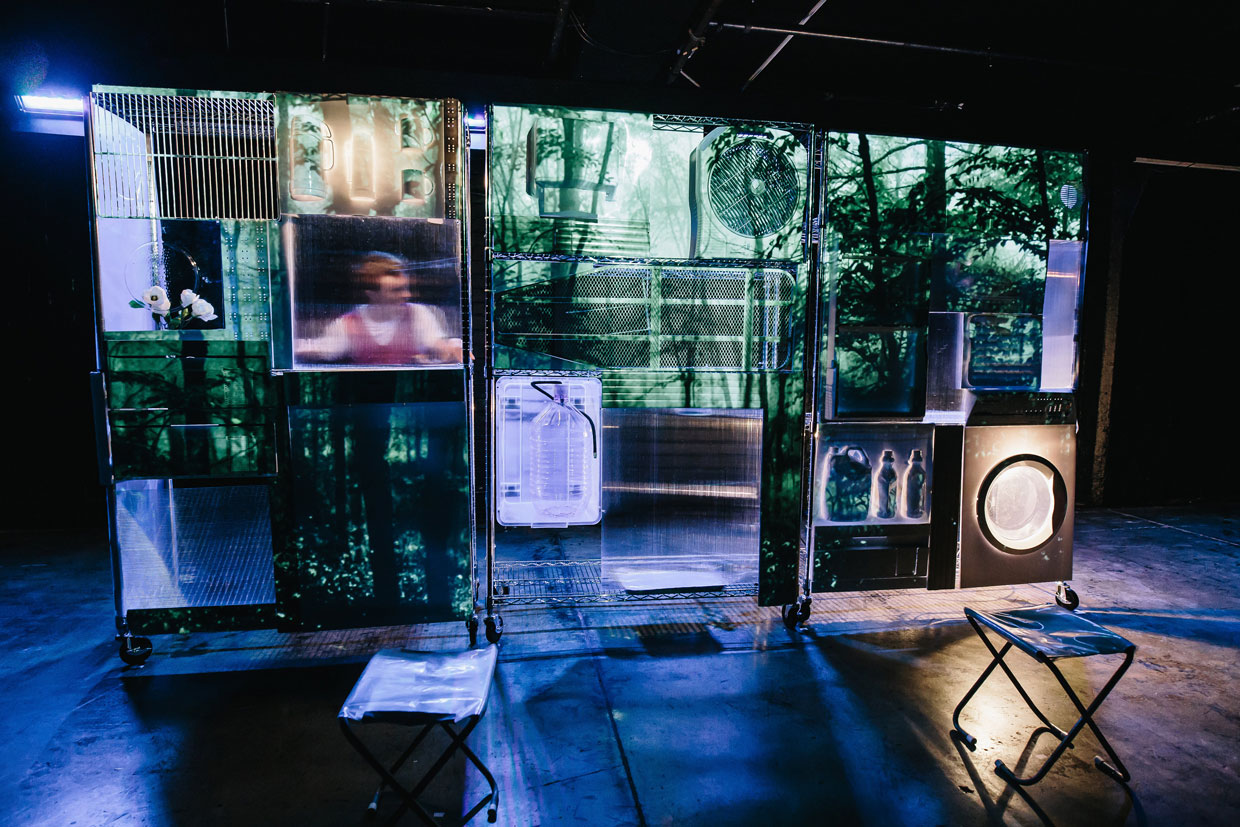 Trying to escape the mundaneness of his work, Chris (Duncan Armstrong) dreams of finding love. He stumbles across a light communicating life form, misunderstandings lead to humorous and playful antics between them as Chris teaches her to speak and soon Fiona materialises into a soulful being.

The work has been inspired by Duncan’s own experiences, his passion for Shakespeare and a love for Disney’s ability to create accessible and multi-generational stories.

Force Field is heartwarming, humorous and will lead audiences to deeply connect with a character played by a man with learning disabilities as he finds love. 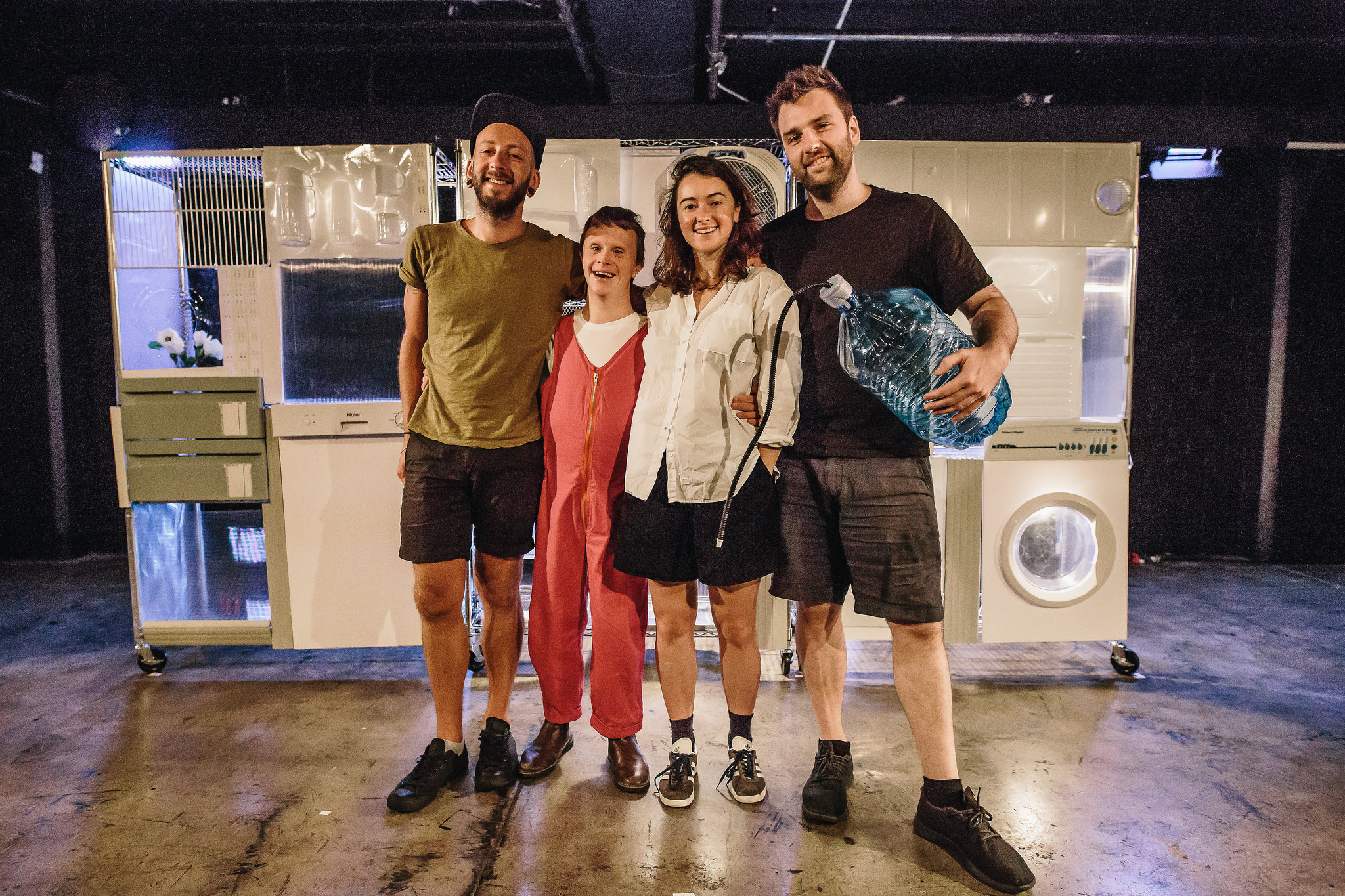 2018 Basement Theatre, (20-24 February) as part of the Auckland Fringe Festival 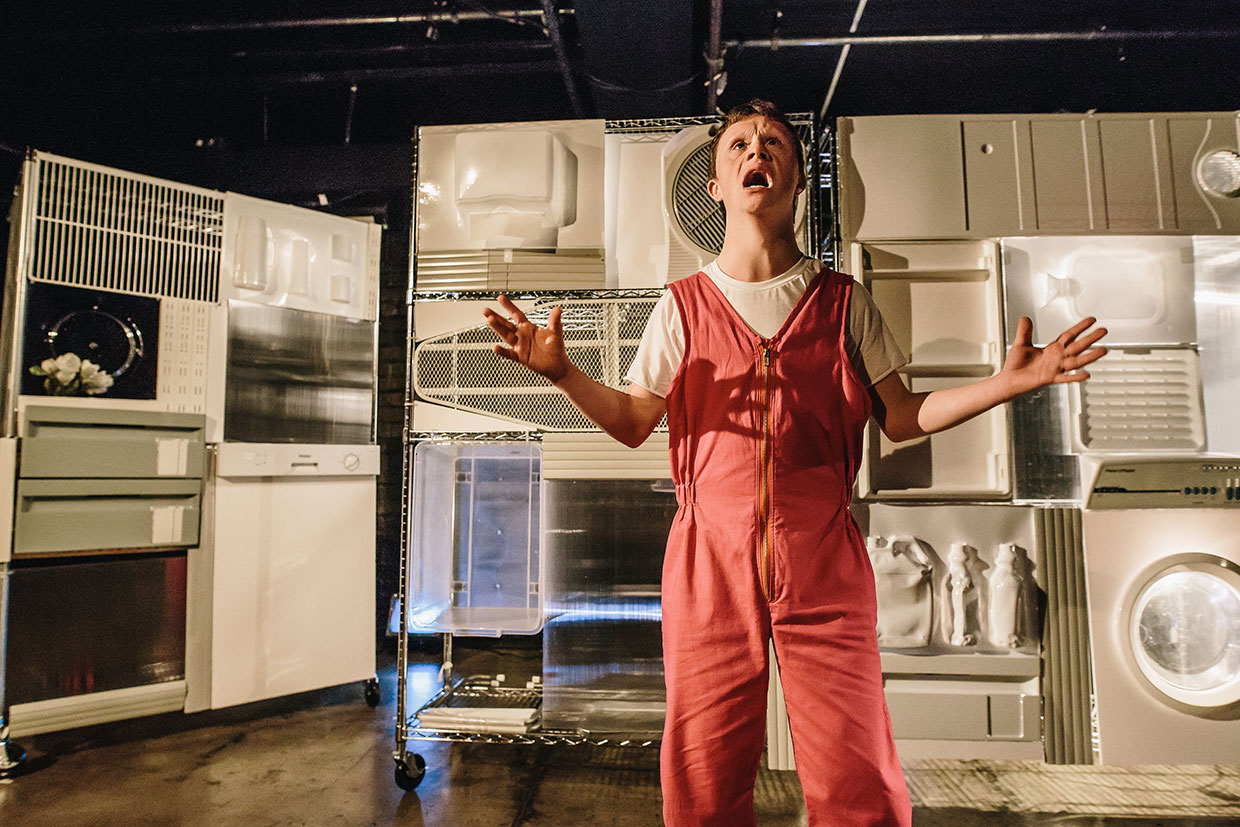 “a charming and disarming unravelling of simple suburbian desires, told through the lens of a character with Down syndrome…Duncan Armstrong is captivating and the mundane is made strange, delightful and alarming with Meg Rollandi’s performance design and Jason Wright’s composition” – Rosabel Tan, Pantograph Punch

“It’s ultra-modern romance that to me bears the markings of Charlie Brooker of Black Mirror fame. It’s definitely a different take on the ‘online dating’ angle that seems to ask more questions that give answers, but therein lies the beauty of this show.” – Wal Reid, Nz Entertainment Podcast

“The concept of the show is original and leaves a lot of room for creativity, especially as breaking the traditional love-finding tropes means that the end result of the romance is never predictable. The ambiguity about what is real, what is fantasy and whether that question even matters drives the performance and opens a window into the life of someone longing for love but confined by isolation and the mundanities of his life” – Flora Gosling, Independent Reviewer

“The idea of the ideal partner is one with which many can relate, especially when juxtaposed against the other woman in Chris’ life – his mother. Think Her by Spike Jonze, but instead of learning how to reconnect with the world through the loss of love and false idolisation, our protagonist is learning the importance of independence through the manifestations (both good and bad) of his psyche.” – Matt Baker, Theatre Scenes