Big J Stylez explores Jacob’s passions – music, dance, and acting, weaving a story which allows the audience to peer in and become a part of his whanau. Highlighting struggles he has faced for being perceived to be different, Jay uses this pain to create a dialogue about acceptance and truth, inspiring others to leave their past behind and write their own destiny.

Jacob puppeteers his childhood soft toy, Tiger to describe his formative years of growing up as a 90’s kid in the Manawatu with his brother and single mum. These lighter moments of Jacob’s story are mirrored by moments of violence towards him and frustration of not being understood. A krump battle shows the moment his bully pushes Jacob over the edge after calling him a ‘handicap’. Using his body to articulate the raw emotion Jacob expresses the unspeakable through dance. 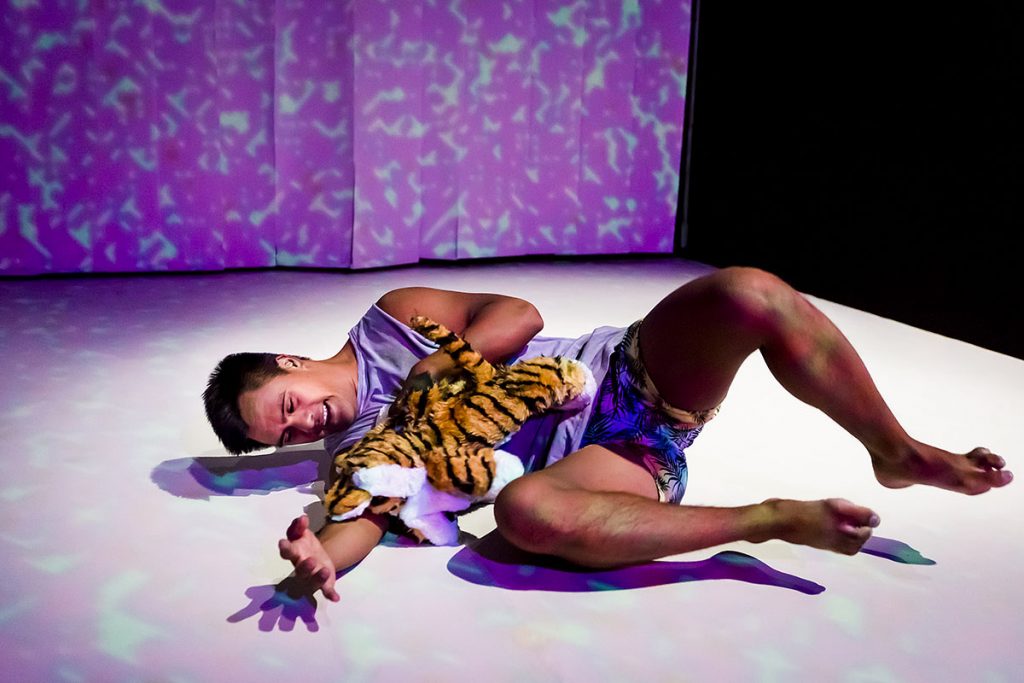 “Alternating dance with monologue... [Jacob] shows us some of the formative episodes in his childhood. We cheer, and laugh and go very quiet when he describes some of the negative attitudes people have towards him because he happened to be born with Down syndrome… The dance which expresses his rage and sorrow was one of the most arresting pieces I’ve seen in a while”

“[Big J Stylez will] make you so very pleased that you made the effort to see an artist testing, trying-out and more importantly putting his whole soul,heart and body into his work. That kind of generosity and authenticity will make you realise just what a rarity that and Jacob is.”

“I loved this show. It was engaging and held me riveted throughout the piece. It was a work that reminded me what a celebration and powerful force theatre can be” 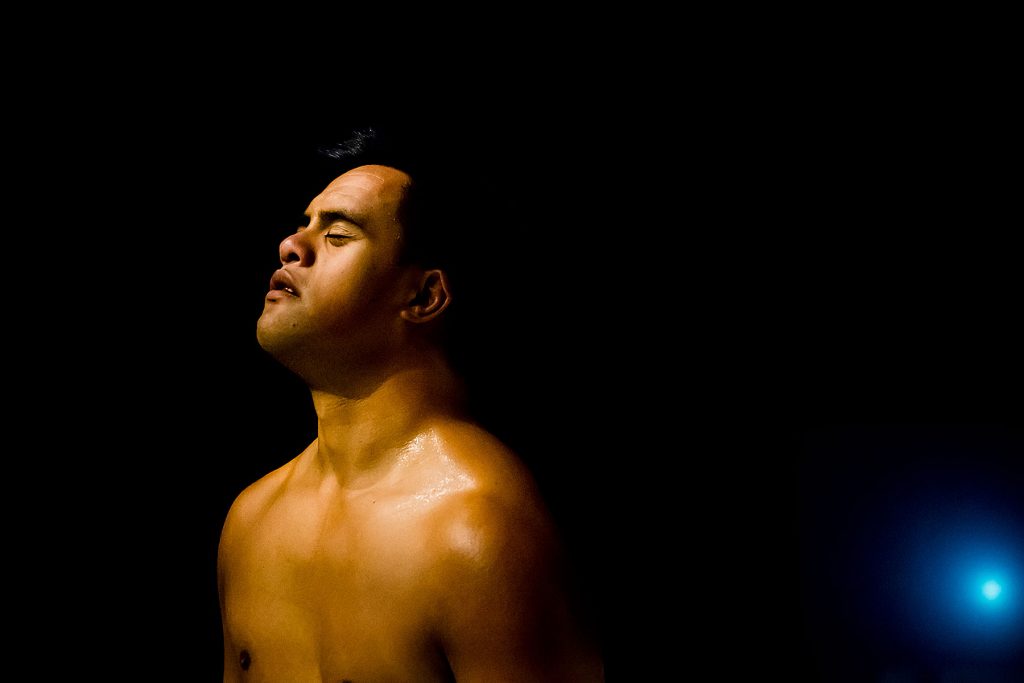 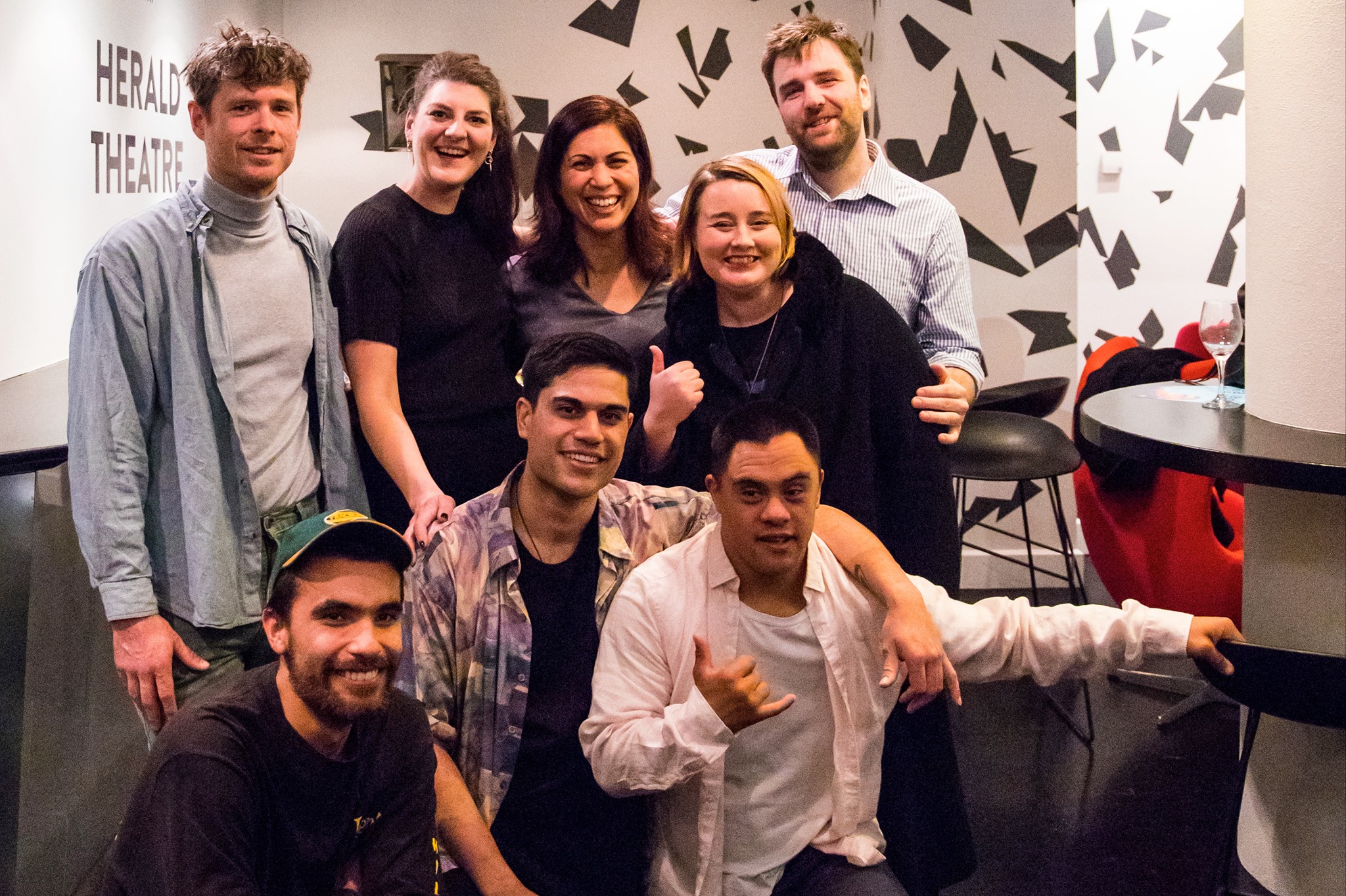 Having worked with Rowan Pierce on multiple projects since our inception, and knowing his capabilities we took the risk of allowing him full creative control (something that normally gets divided amongst three different roles). It definitely paid off and Rowan’s managed to create something that supports Jacob and the telling of his story. 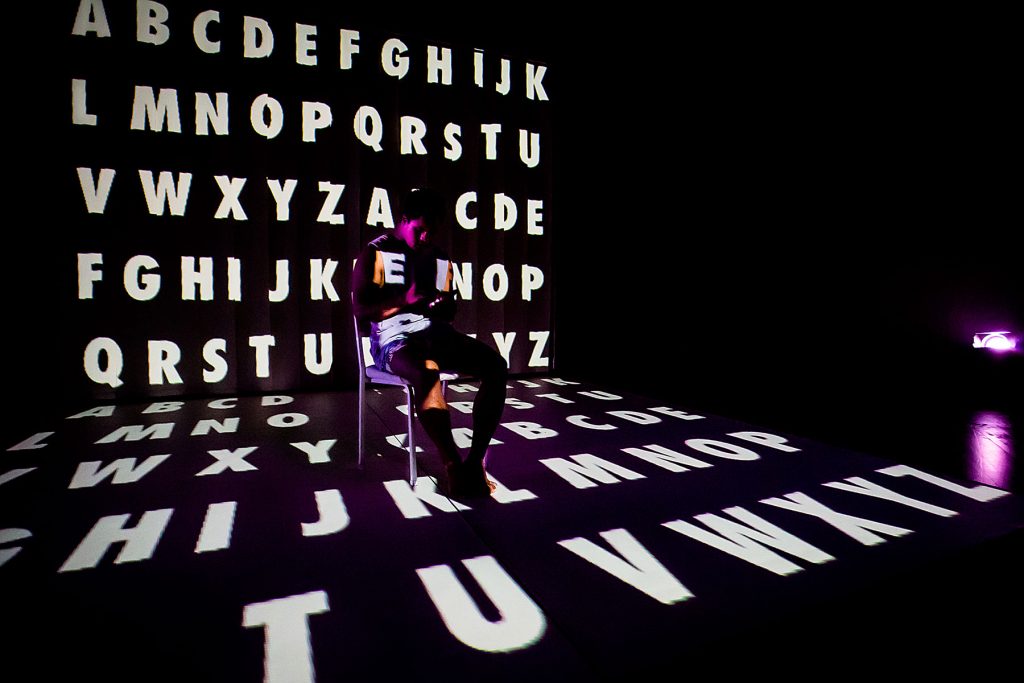 Jacob, Rose and Rowan had numerous discussions about potential avenues from the development season. When they found that Jacob’s aunty had digitised their home footage they knew they were onto something. One of the videos revealed Jacob’s previous retelling of a story had been blurred by his angelic perception of his mum, and she was, in fact, the instigator of a particular water fight. 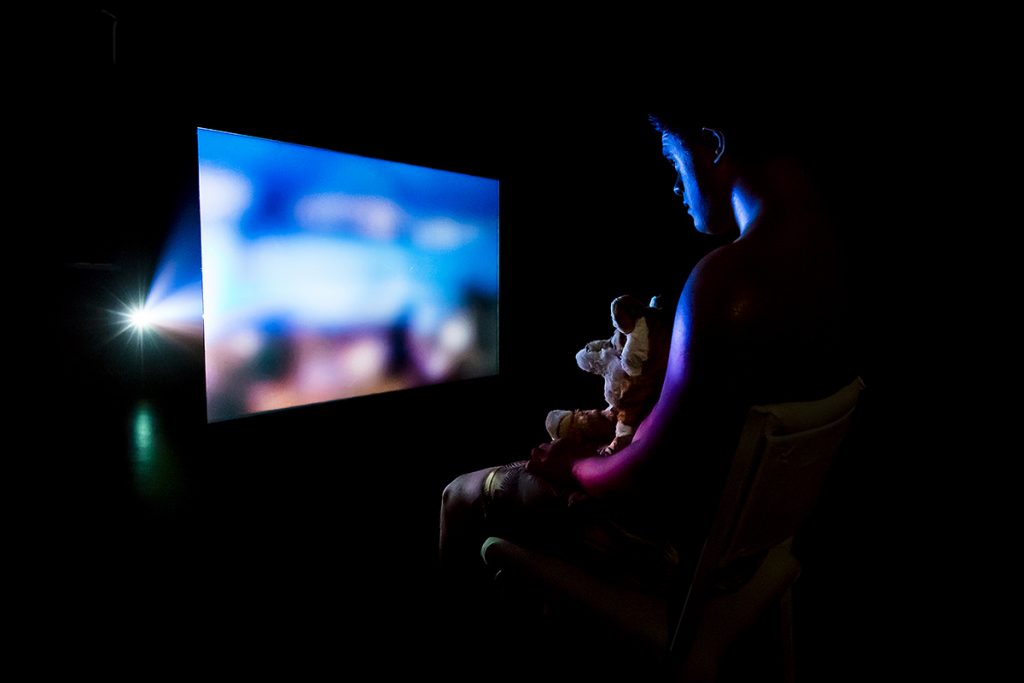 During the start of the development, Rowan was also working on the NZ Festival presentation of Rushes, he would pop back towards the end of the day and see how Jacob and Rose had progressed.  Acting as a sounding board, alongside the choreographic support of Braedyn Togi, they fed into supporting how the design and movement could help enhance dramaturgical elements. 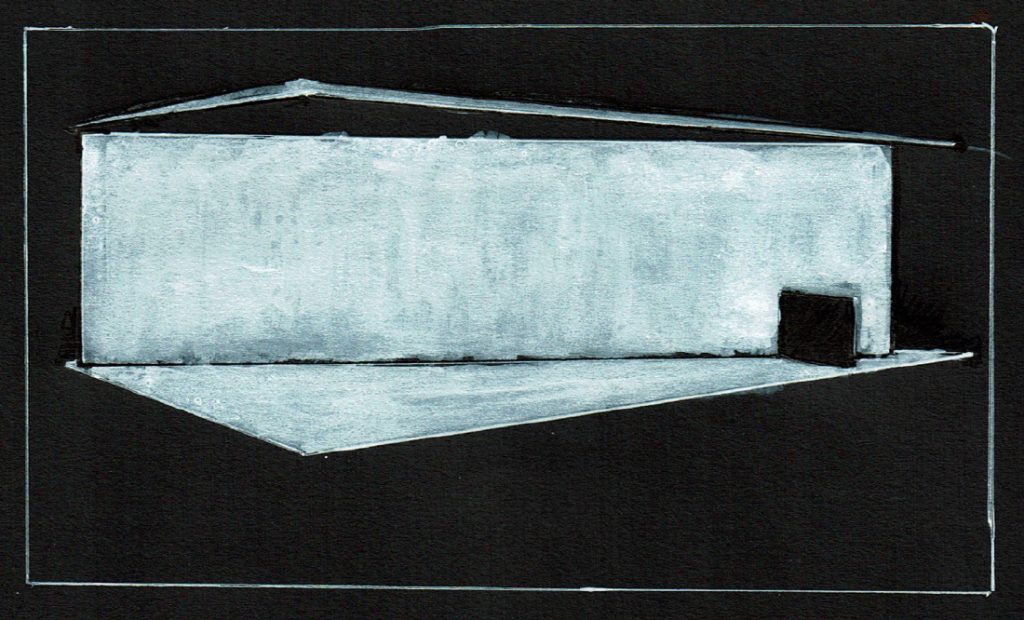 “I go in to look at a space, come up with spatial drawings and spend a lot in rehearsals testing ideas and establishing a language for the design alongside the rest of the creative team.” – Rowan Pierce, Performance Designer 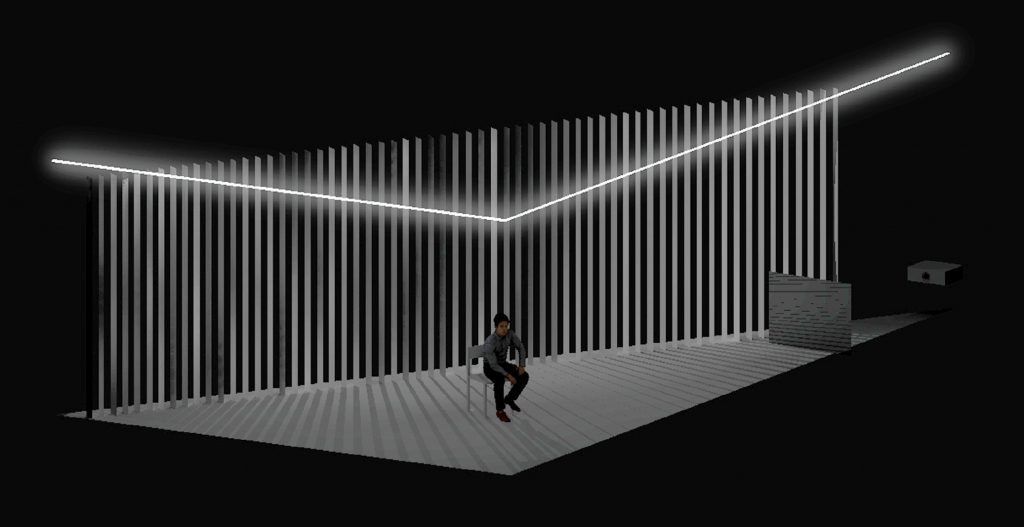 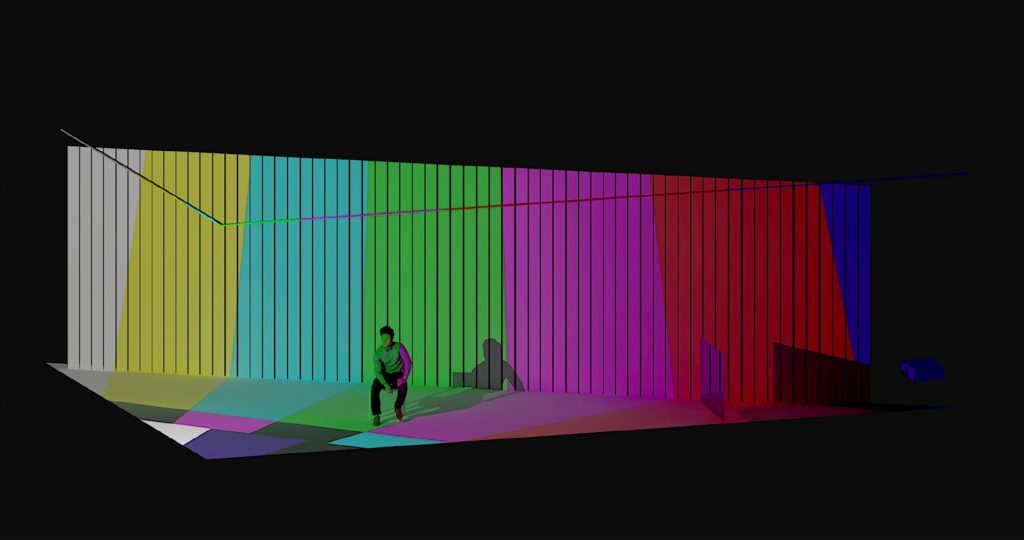 From the beginning, we had talked about the work being tourable and he was interested in creating a design that could scale up and down depending on the venue. For our final week of development, we were lucky enough to have a residency at Toi Whakaari: NZ Drama School thanks to their design department. Illumination + Optics generously subsidised us to have projectors in the rehearsal room meaning the team could also rehearse with the design – often when this doesn’t happen these elements feel like they’re just layered over the work and not fully cohesive. What Rowan’s created really supports the work and has been acknowledged with the NZ Fringe Grand Design Award.

We started the journey of Big J Stylez, after having worked with Jacob since 2014. In the summer of 2016/17 Jacob and director Rose Kirkup got together to develop a showing which they tested with audiences at the 2017 Pūtahi Festival. Pūtahi is an artist-led development festival organised by Tawata Productions and was curated by Moana Ete. Emerging creators and performers from various artforms presented new works, as well as engaged in experimental forays and forums to engage the soul and senses.

“The energy & enthusiasm of Jacob was all engaging. I didn’t want it to finish.”